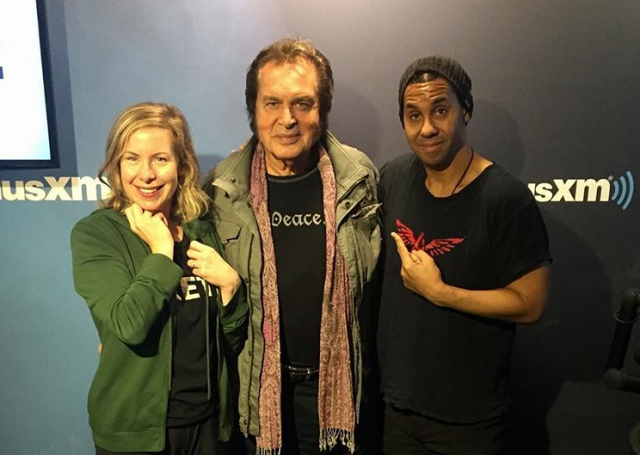 Did you catch Engelbert Humperdinck on SiriusXM this week?

His first SiriusXM stop was on Tuesday, October 9th was with Larry Flick on SiriusXM show ‘My First Time’.  They chatted about Engelbert’s work as well as the time that Engelbert prevented The Beatles from having a 13th number one single with “Penny Lane/Strawberry Fields” with his single “Release Me”.

Engelbert Humperdinck was also a guest host on SiriusXM stations The Beatles Channel and 70s on 7.

Today, Thursday, October 11th, Engelbert Humperdinck was a guest on the SiriusXM Volume show ‘Feedback’ with Nik and Lori Majewski.  The radio hosts asked Engelbert how he gets in the spirit to record a Christmas album in the middle of summer, and asked if he could confirm if the rumor that Amy Winehouse was supposed to be on Engelbert’s ‘Duets’ album- which, he could.  Winehouse’s dad is a huge Engelbert Humperdinck fan, and convinced his daughter to record a duet with the legendary performer.  Recording for the album was scheduled to begin when her death tragically occurred mere days before.

Thanks to @ehumperdinck for stopping by #Feedback with @TheNotoriousNIK and @LoriMajewski this morning! Catch his interview on-demand via the @SIRIUSXM app and check out his Christmas album #WarmestChristmasWishes out on October 12th! pic.twitter.com/4W6sTeAVyz

Did you catch Engelbert on any of these shows? If so, what was your favorite highlight?

Warmest Christmas Wishes will be out TOMORROW!