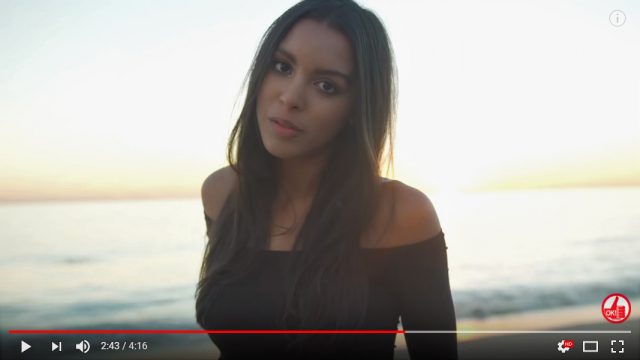 Watch Schiller’s Music Video for “Paradise (with Arlissa)” on YouTube

Schiller‘s music video for “Paradise” featuring English singer-songwriter, Arlissa is now available on the OK!Good Records YouTube Channel. This new music video marks the fourth video from Schiller’s latest album, Future, which was released on OK!Good Records at the end of 2016.

‘Future’ is an appropriate album title for this innovative masterpiece by one of Electronic Music’s most fascinating artists, Schiller. Mixing intoxicating and exciting sounds with timeless intensity, each song has its own cinematic quality to experience. Schiller describes the album as a movie soundtrack, taking listeners on a sonic-journey through moods, feelings, and landscapes. ‘Future’ is the ideal album to escape from everyday life and immerse oneself in dreams of the “future.” Dreamscape melodies and artful arrangements create an extraordinary experience with compositions of epic power and breathtaking fragility. “Time flies so fast, and the future is so precious, whether it is the future as a feeling of life or whether we feel our own grit… I would be happy if ‘Future’ can provide the soundtrack for this journey,” says Schiller.

To create this new album, Schiller embarked on one of his most fascinating trips of musical and spiritual discovery. While traveling back and forth between the pulsing metropolis of Los Angeles and the infinite openness of the Mojave Desert, Schiller was inspired to create a “gravity free” album by matching his epic instrumental tracks with impressive and often surprising guest vocalists. Featured artists include Kéta, Emma Hewitt, Tawgs Salter, Sheppard Solomon, along with Lacuna Coil’s Cristina Scabbia. With their dedication and passion, they have become an integral part of the musical expedition of ‘Future.’

Stream ‘Future‘ on Spotify below: