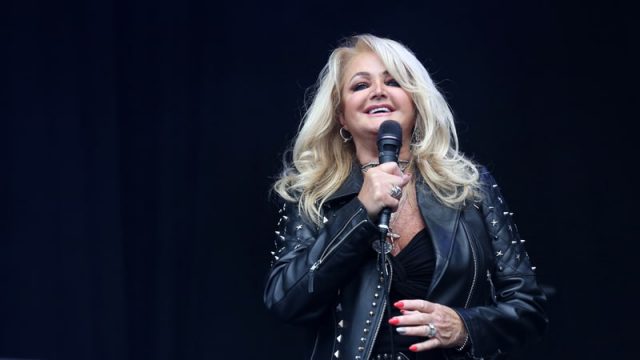 In a perfect marriage of pop and science, Bonnie Tyler will perform her 1983 hit “Total Eclipse of the Heart” during the August 2017 solar eclipse onboard Royal Caribbean’s Total Eclipse Cruise. The Oasis of the Seas ship will be positioned in the path of totality for the performance, just as the moon moves across the sun.

“The eclipse of the sun lasts two minutes and 40 minutes, I’m told,” said the Eighties singer. “Unlike my song. It had to be chopped about because it was so long. I never thought it would be played on the radio, in the beginning.” The week-long Total Eclipse Cruise departs from Orlando, Florida for the Caribbean on August 20th. The Joe Jonas-led pop band DNCE, best known for 2015’s “Cake By the Ocean,” will back Tyler on Monday, August 21st.

During the August 21st eclipse, all of North America will be able to view the rare phenomenon. Anyone within the path of totality – which stretches from Lincoln Beach, Oregon to Charleston, South Carolina – can glimpse the total eclipse, in which the moon completely covers the sun. Observers outside this path can still see a partial eclipse.