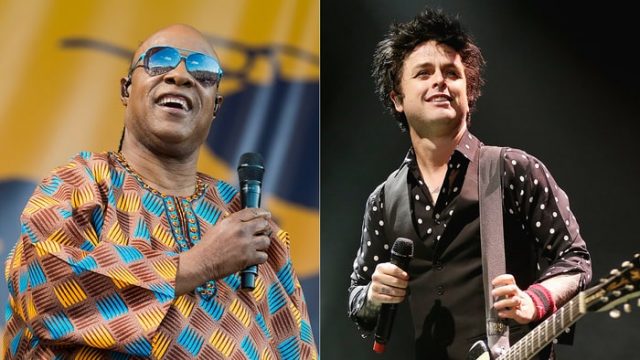 Other artists include Pharrell Williams, Big Sean, Andra Day, the Killers, the Lumineers and Alessia Cara. Tickets are available via lottery through the Global Citizen site.

More special guests will be announced over the coming weeks.

“In this crucial time, there is nothing more exciting to me than having the honor of giving my gift of song, words and motivation to the Global Citizen Festival,” Wonder said in a statement. “When we commit ourselves to life issues, we are showing love of the Most High. I was, I am and will always be, a citizen connected to the spirit of everyone on this planet moving forward. Let’s go!”

“We’re grateful to be a part of this year’s Global Citizen Festival,” added Green Day singer Billie Joe Armstrong. “American aid programs make a significant difference in the betterment of lives at home and around the world, and we should all want these programs to become stronger, not weaker. We all play a part in seeing this mission through and it starts with calling on all our leaders.”