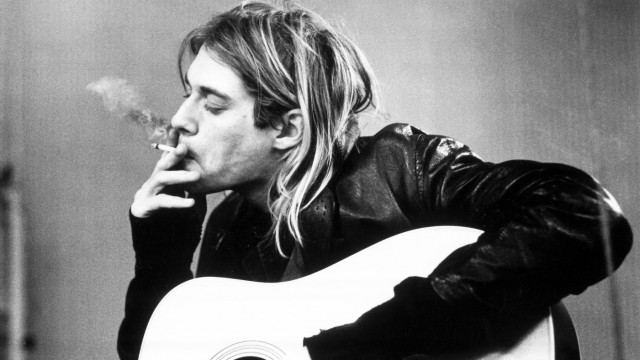 Kurt Cobain‘s artwork is set to be displayed the Seattle Art Fair, with two never-before-exhibited paintings making their debut through a United Talent Agency showcase. (via The New York Times)

The United Talent Agency Fine Arts director Joshua Roth refers to the exhibition, which will be available from August 3rd through August 6th, as a return home for the artist, who established his art—and music—in Seattle.

“He was born near there, he passed away there and he created the soundtrack for a counterculture there,” Roth explains to the news source.

The two pieces of artwork on display will include the artwork that was used for the cover of Incesticide, Nirvana’s 1992 B-side album. And though other artwork will be for sale that weekend, Cobain’s work will not be for sale.

The New York Times further details the plans of the United Talent Agency to develop a feature-length movie about Cobain’s life, and in the future, will be expanding on the current art display with a “touring exhibition that really tells the story of who Kurt was through artworks, personal artifacts and memorabilia, sort of like what the Rolling Stones did in London.”

The New York Times report that there are “dozens” of artworks that remain in his estate: “Several paintings, many drawings, many sculptures” that do not include the journals that Cobain had used for his personal drawing and sketches.