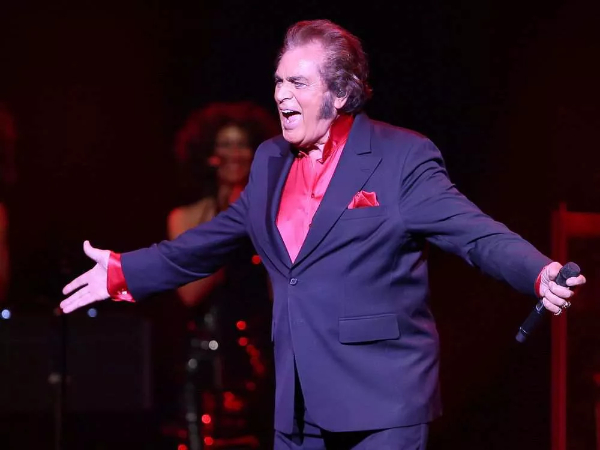 The legendary Engelbert Humperdinck is gearing up for his first performance of 2017, which will take place at the King Center in Melbourne, Florida on January 12th as a part of his 50th Anniversary Tour! The balladeer recently spoke with Florida Today about his upcoming 50th Anniversary Tour, the music business today, his marriage, and much more. Read some of the exclusive interview below, but be sure to visit FloridaToday.com for more!

QUESTION: You have accomplished so much in your career already that it would be easy for you to retire and just enjoy life. What is your motivation to keep performing?
ANSWER: The love of what I do! I want to sing until God calls me home. If I retire, it’s not just me, it’s the people I work with and the people who have helped to get me where I am today. The fans who have followed my career decade after decade and who take their holiday time to come and join me for curtains up all over the world … they are the ones that I also keep going for, and it seems none of us are ready for the easy chair.

Q: How different is music today from when you first started?
A: The music from the early years brought “standard” into vogue. It seems there were a sea of standards that still hold strong today, but it’s hard to say the same with some of the music of today. Music grows with the ages and is a sign of the times. There is a great deal of amazing material out there now from the likes of Adele, Bruno Mars and sadly by some who have passed on far too soon and left a great gap in the music scene. I like songs that take you on an emotional ride and even if it’s a heartbreak song, after two or three minutes, you feel the better for listening to it.

Q:What about the business side of music, how much has that changed and do you think you would have had the same success if just starting today?
A: The business side seems to have changed from finding someone with lasting appeal, who is really groomed and managed with people who are in it with their heart and soul, to finding a huge stable of talent that is found easily by way of the Internet and social media. Because young talent has the tools of the trade at their fingertips, they are able to hone their craft in their living room and if they don’t translate to the stage then there is always someone else ready. Radio used to be our golden ally. I think then and now, destiny is written all over a true star. A lot of money can be poured into a little talent or a lot of good looks, but authenticity is the backbone of an artist. I would hope that the stars would align again if I were to be just starting out again.

Q:You and your wife have been together for over 50 years. That’s a beautiful thing on its own, but probably even more incredible knowing the rigors of show business and the toll that can take on couples. What is your key to a long and happy marriage?
A: Marriage secret, Marriage secret. Hmmm. In the words of a dear friend who is no longer here: “Engie, it takes two to tango,” and between the two of us we have weathered the storms of life, even in the spotlight, and we are still dancing.

Q:What are your thoughts on autotune and its usage in today’s mainstream music?
A: Sometimes autotune in the recording scenario is your pitch-perfect friend. A slight adjustment here and there to make sure you are delivering a stellar product is not a bad thing. If you are relying on it for stage performances, then I don’t think that destiny and authentic artistry can be bestowed upon you in all honesty, but this craft is about constantly one-upping yourself … so keep up the work, and the autotune might fade away as it has with several artists.

Q:I know songs like “Release Me” and “After the Lovin” are the most recognizable hits, but what song have you recorded that meant the most to you personally, even if it didn’t enjoy commercial success?
A: “The Last Waltz” was special to me, as it very much mirrored the beginning of my lifelong love affair with my wife. It was played in dance halls all over the world. We met in our local dance hall. We had the last waltz after a night of jiving until we dropped. “The Hungry Years,” written by Neil Sedaka, also is a huge page out of our diary but not written just for me … although he tells me it’s my song! “I’m a Better Man” (for having loved you) and “Am I that Easy to Forget.” Perhaps the latter is an insecure lament that I have sung for so long, and still get the feedback that fills me up each night.

Q:With 50 years in the music business now behind you, what’s next?
A: I’d rather say, with 50 years beside me, I move forward doing what I love with one heck of an apprenticeship behind me, and a lot of mile markers ahead. There will be celebratory occasions and projects and moments in time that I will treasure in the future, when that easy chair gets too hard to leave, but until then … I’ll follow my heart and keep living my dreams.

To find a tour date near you, visit: engelbert.com/tour