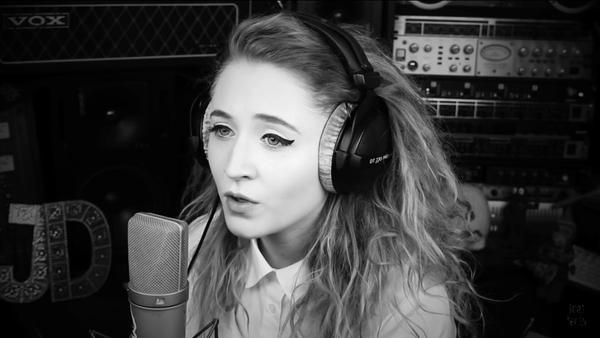 In case you missed singer-songwriter Janet Devlin‘s latest YouTube video, we have it right here for you! Last week, Janet posted a brand new performance video. This time Janet beautifully covered Tears For Fears‘ song “Mad World (Gary Jules version).” The video Janet posted was the first take at the song as well. We have been listening to this cover non-stop since she posted it! If you love this cover, make sure to check out more from Janet on her YouTube Channel.

Janet will be releasing her brand new festive EP, ‘December Daze,’ on Friday, November 27th. The EP is currently available for pre-order on Pledge Music. Pre-order your copy today!