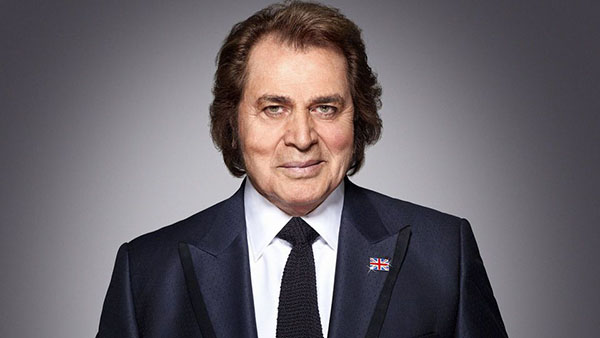 Engelbert Humperdinck debuted his hit single “Release Me” in 1967 and it topped the UK Singles Charts. 48 years later, it is the music to Audi’s newest commercial for their fast, sleek, and stylish RS 3 Sportback. The commercial features the car being strapped down with the song in the background and the lyrics “Please release me, let me go”.

The story of how the song reached number one in the UK Singles Chart is one of pure chance and being in the right place at the right time. In 1965, Humperdinck, who was performing under the name of Gerry Dorsey, met up with an old friend named Gordon Mills. He took him onto his management roster and changed then his name. He released a couple of near misses in the UK although one song “Dommage, Dommage” had been successful in Europe.

Humperdinck was asked to stand in for Dickie Valentine on the variety TV show Sunday Night at the London Palladium. The show was one of the biggest rating shows in the UK at the time. He sang his latest song, “Release Me”, an old US country hit, on the show and it reached number one in the UK Singles Chart on 2 March and stayed there for six weeks, keeping “Penny Lane” & “Strawberry Fields Forever” by The Beatles off the top of the charts in the process. The record stayed in the charts for a record fifty-six consecutive weeks.

Engelbert’s latest CD Engelbert Calling features a new version of “Release Me” featuring Wynonna Judd. Engelbert Calling is available for purchase on all tour dates, as well as at music retailers nationwide and online from our webstore, iTunes, Amazon, Barnes & Noble, Google Play, Bandcamp, and Spotify. You can now purchase Humperdinck’s Duets EP in the OK!Good web-store.