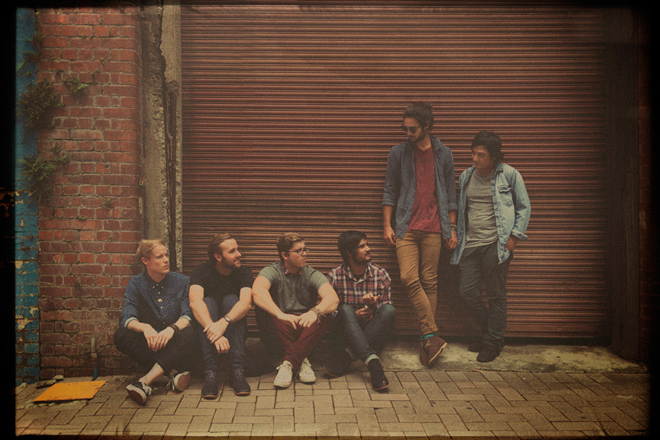 Spreading The Seed Names FAIRCHILD ‘Artist of the Day’

Indie rock band FAIRCHILD has been named ‘Artist of the Day‘ by Spreading The Seed, a music blog that focuses on new and emerging artists and their music. FAIRCHILD, who are originally from Australia, are now based in Manchester where they have been breaking into the music scene there.

After experimenting with their sound for many years, the six piece teamed up with producer Catherine Marks (Foals, Wolf Alice) to record their debut EP Burning Feet, as well as their sophomore EP Sadako, which was released this past November.

Before moving to the UK in February this year, the band had already tour through Japan, Singapore, Hong Kong, Chine, and North America including showcases at Canadian Music Week and Music Matters Live. The band has shared the stage with Neon Indian, Parachute Youth, Kids of 88, Flume, Last Dinosaurs, and The Griswolds.

“After listening to the Sadako EP, had it been a vinyl release, we would have ensured it was properly super glued to the turntable,” says Spreading The Seed.

Spreading The Seed chose “Outside” as the stand out track from Sadako, which you can listen to below.

You can purchase FAIRCHILD’s ‘Sadako’ EP on iTunes and Amazon.
‘Sadako’ EP is available for streaming on Spotify and Bandcamp.

Check out the full article from Spreading The Seed here