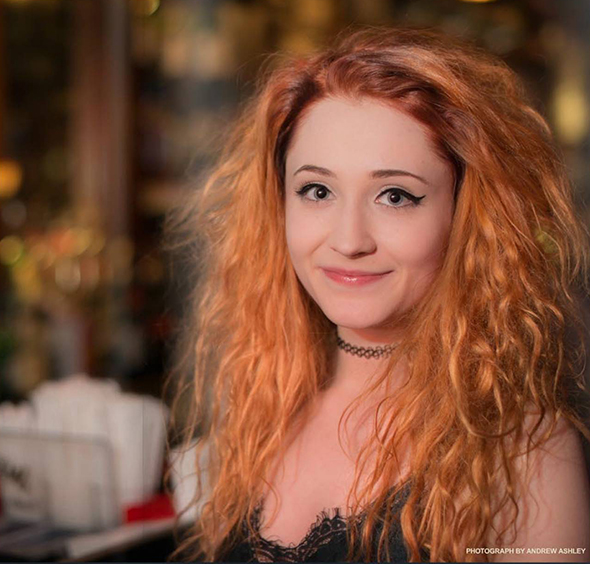 Janet Devlin has been featured in Issue 17 of Four Culture Magazine. Janet was previously featured on Four Culture, now she has been featured with a four page spread in the magazine. The feature includes an exclusive interview with the singer-songwriter, as well as a brief look into how she came into the spotlight.

The singer-songwriter from Northern Ireland first caught the public’s attention in 2011 when, as a soft-spoken and shy 16-year old, she wowed the audience and judges on The X-Factor UK with her emotional rendition of Elton John’s “Your Song.”  On The X-Factor UK, Janet received the highest number of votes for four consecutive weeks; giving her the most first place finishes of any contestant on the season.

After The X-Factor, Janet declined many recording contract offers in order to retain creative control over her music and her career. Her determination to find and express her own artistic voice resulted in her debut album, Running With Scissors. Janet displays a refreshing and soulful sound enhanced by a polished and restrained production. Running With Scissors strips away any excess and thereby allows the listener to enjoy her unique vocals and strong song craft.

Four Culture Magazine also features an exclusive interview, which took place prior to her visit to the states for her first ever performance in New York City. You can read some of the interview below, but make sure you click HERE to read the full interview.

Do you have a favorite track on Running With Scissors?
Whiskey Lullabies, I think. It’s the last song on the album and it’s about childhood, growing up, and acceptance, and those kinds of things. And I honestly love it. I even decided to do an Irish version of it. I spoke Irish as a child and I don’t know why– maybe because the song is about childhood– but i decided to do this song in Irish. So there’s an Irish version of it as well.

By the time this interview comes out, you will have made your American debut performance in New York City. What else can your fans expect from you in 2015?
As far as plans for America in 2015, I’ll be getting my album out to fans and getting people to listen to it. Hopefully I’ll be doing some more gigs, meeting some American fans, and also doing some writing there. Just spreading my American wings properly.

Janet’s debut album, Running With Scissors is now available for purchase on iTunes, Amazon, Google Play and our webstore. The album is also streaming on Spotify and Bandcamp. Be sure to check out our exclusive Janet Devlin merchandise in our webstore.

Make sure you head over to FourCultureMagazine.com to check out Janet’s full spread in their latest issue.