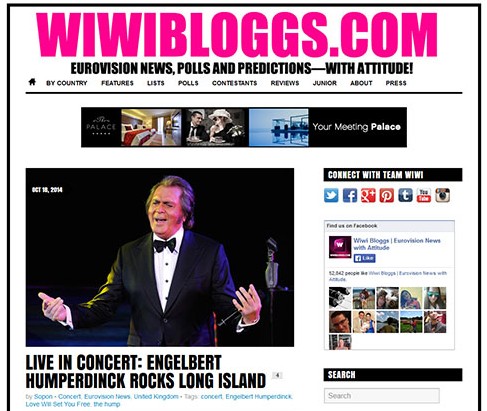 The Hump started off the show with a mid-tempo classic, “Am I That Easy To Forget?” After that, he stopped singing for a little while in order to greet his audience. He did this every few songs, and even added some stand-up comedy into the mix!

“Being in the round is kind of hard because everyone can see Humpy’s bumpy!”

Engelbert Humperdinck sang a few covers throughout the night, such as “Didn’t We” by Frank Sinatra and “The Hungry Years” by Neil Sedaka. The set-list for the night also included songs from his new album Engelbert Calling. Engelbert Humperdinck performed “Something About The Way You Look Tonight,” which is a duet with Elton John. He also performed “Make You Feel My Love,” which is a duet featuring Willie Nelson.