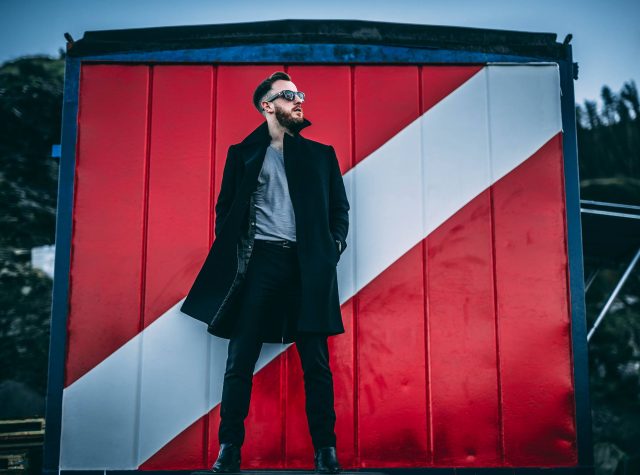 Irish multi-instrumentalist, singer, and songwriter, Outsider (Seán Ó Corcoráin), has joined the OK!Good Records family and is set to release his upcoming single, “Saviour”, via OK!Good Records on Friday, April 3rd!  With music inspired by the likes of Joy Division, The Jesus & Mary Chain, and Bruce Springsteen, Outsider is quick to grab his audience’s attention through it’s infectious post-punk/alt-rock hooks while drawing them in with poetic lyrics that explore greater esoteric and philosophical themes. 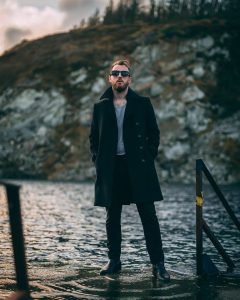 Outsider’s debut track ‘Late Night Radio’ represented the first time he’d recorded a lead vocal, and it went on to feature in the Netflix Original Series “Shadowhunters”. That growing attention was amplified with the release of “Míol Mór Mara” and his self-titled debut EP. “Míol Mór Mara” became a viral hit, amassing 2 million streams after the track was included in the FIFA 2018 soundtrack (the first time the Irish language has featured in mainstream gaming) and Match of the Day.

He followed that momentum with his single, “Brotherhood”, which was released along with B-Side “Ghost As King of the Knives”, both of which were inspired by his experiences with CPTSD (Complex Post Traumatic Stress Disorder)

Lyrically “Brotherhood” explores the impact of friendships upon men’s mental health: such connections are vital, but machismo and drinking culture aren’t conducive to addressing the issues at hand.

“In one sense it’s a criticism of how men generally interact with one another,” he says. “It’s typical of of guys if they’re going through a hard time to go out and get blitzed. You have a good night out with the lads, you go wild and you think that you’re exorcising your demons but you’re really not. But there’s definitely a celebratory aspect to it as well, which recognises the importance of those friendships.”

Meanwhile, “Ghost As King of the Knives” expands on his sonic palette with echoes of The Replacements and The Waterboys framed in a contemporary context.

Now, Outsider begins to explore the journey of his Saturn Return leading up to his Kundalini Awakening through anthemic guitars 80’s inspired atmospheric synths in his upcoming single, “Saviour”!