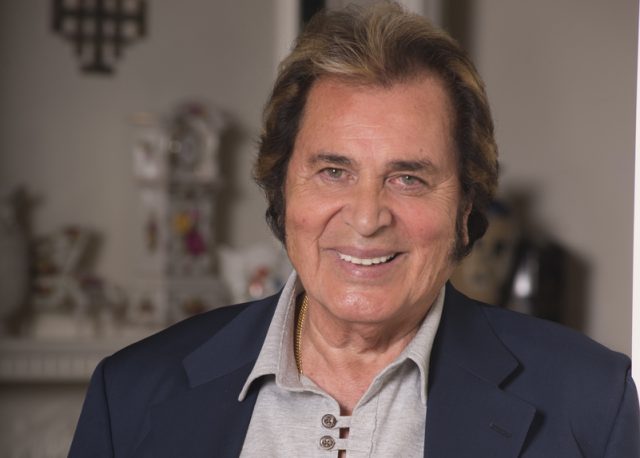 Engelbert Humperdinck recently sat down with New Hampshire’s Sentinel Source for an interview, with questions reflecting on the beginnings of his career to where the legendary singer hopes to be in the future.

With all of his success as a performer, it would be hard to imagine Engelbert Humperdinck pursuing another career – but he almost did.  Surprisingly, he did not aspire to be a singer until later in his youth:

ELF: I read you never wanted to be a singer. What did you want to be?

EH: I wanted to be SOMEBODY.

And when I was in the forces in Germany, listening to the American radio station with the likes of Dean and Jerry or the Dorsey Brothers’ big band sounds or Nat King Cole, it just ignited a glow for show business. I played sax until I found my voice and added humor and other people’s hits until I was lucky enough to have my own.

While Engelbert has accomplished so much in fifty years of show business, he too has goals left to be accomplished, as he shared with Sentinel Source:

ELF: You have an enviable long career – you’ve befriended Elvis, performed for the Queen, made platinum albums, you’re going out on tour. What are dreams of yours you’ve yet to fulfill?

EH: Seeing a cure for Alzheimer’s. When I think that our family is only one story walking through this nightmare and what we have gone through, it breaks my heart at the sadness and angst this is bringing to so many (Humperdinck’s wife has been diagnosed with Alzheimer’s). We have been at least 10 years on this slippery slope and winding road… and in the early days you just never knew what tomorrow would bring.

I want to see answers for our tomorrows. We have travelled far and wide to seek hope and healing. We have several ideas in the works for more Alzheimer’s fundraisers, including a song called “Angel on my Shoulder,” so watch out for it.

This past weekend, ‘The Man I Want to Be Tour’ kicked off in Englewood, NJ on Friday, October 12th.  Find out if the tour will be making a stop near you: