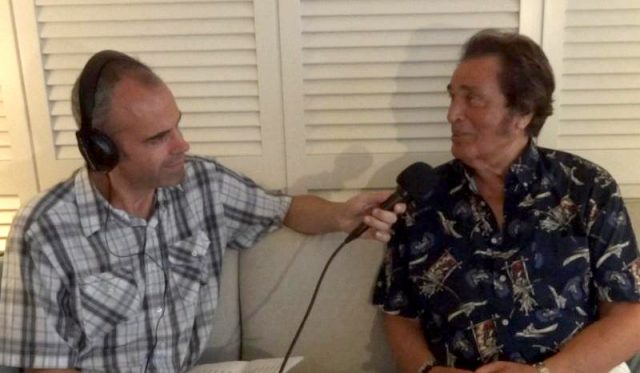 Lawrence asked if the last time Engelbert Humperdinck performed in Hawaii was when Bruno Mars jumped on a table and performed his best Elvis impression for him.  It wasn’t, but Humperdinck discussed why he chose the song “Just the Way You Are”:

“My producer brought the song to me and that’s how it all came about. We took it to an arranger in New York who did an amazing new style of arrangement on it, and it’s a lot different to what Bruno does, but I gave it more of a ballad feel.”

The two then discussed Engelbert’s PBS special, to which Lawrence asked if the location was inspired by Elvis’ Aloha and why he chose Hawaii as the filming location:

“The fact is I did watch Elvis and I still watch it all the time, and it gave that feeling: ‘I would love to go to that paradise island and record a TV show’, and it’s finally come to pass. And so, here we’re gonna do it and we hope it’s going to be great, and I hope the audience is going to be there to help me make it great. The last time I played here, audiences were fabulous and I’m hoping for the same kind of reaction this time, all these many years later.”