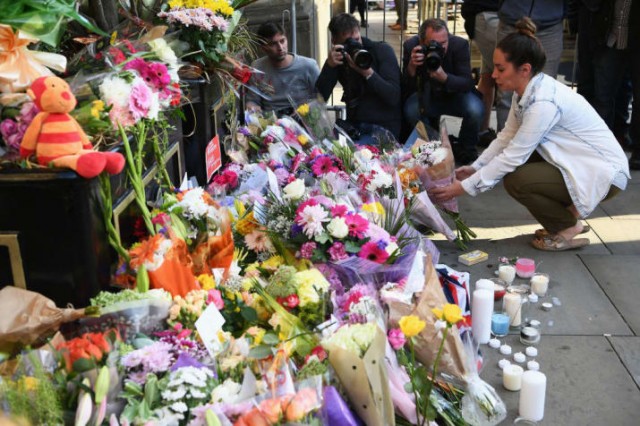 On Monday evening, at least 22 attendees at Ariana Grande‘s Manchester Arena concert died following a bombing at the venue. Around 60 more people have been reported injured, with many of the victims teenaged (or younger) fans of the 23-year-old singer.

Similar to the response to the attacks at the Bataclan in Paris during an Eagles of Death Metal concert in 2015, the concert-set act of terrorism has shaken up the music world. Many artists have shared their memories of playing at the UK venue, expressing concern for fans, similar fears they’ve had playing large venues and sending condolences to families, victims and the pop star herself.

I’m heartbroken over what happened in Manchester tonight.
Sending love to everyone involved. H

Absolutely Horrendous what happened in Manchester tonight. My thoughts are with the great people of Manchester and also Ari and her team xx

We are so saddened by the tragedy in Manchester last night. Our heartfelt thoughts go out to the beautiful Ariana fans and their families ❤️

My thoughts & prayers are with those in Manchester. We just played there Sat & love that amazing city. Shocking & sad. #Manchester

every musician feels sick & responsible tonight—shows should be safe for you. truly a worst nightmare. sending love to manchester & ari

Hold each other close today and everyday. Love is the only way to answer to something this hateful

Off to work.
Take breaths.
Take breaks.
Carry on.
🇬🇧♥️