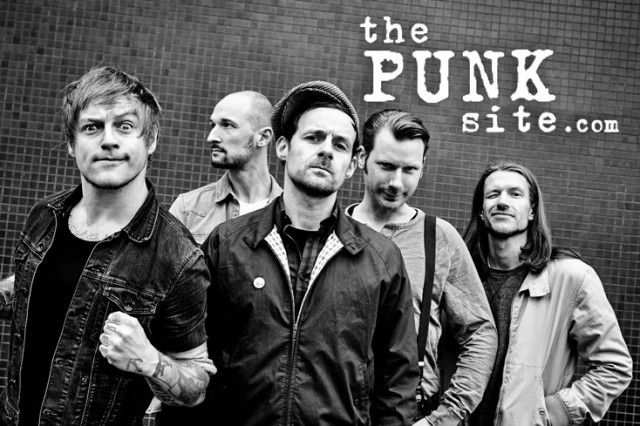 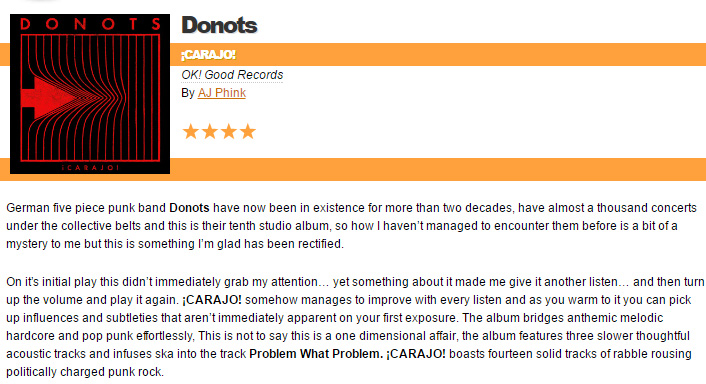 Writer AJ Phink highly commended DONOTS on their latest and tenth punk rock album, wondering why he hadn’t heard it sooner being a fan of punk music.

While listening to ¡CARAJO!, Phink discovered that DONOTS have a solid following in Germany and how important the five-piece punk outfit has become to the opposition against Nazis in their country:

If you want authentic well informed punk you can’t go far wrong with this album. It adds to the credibility of the album, and the band, that in their home country of Germany the track No Part of It has become something of an anti-Nazi anthem.

Read the review of DONOTS’ album ¡CARAJO! in its entirety on The Punk Site here.

DONOTS ¡CARAJO! is available for digital purchase on iTunes, Amazon, and Google Play. It is also available for streaming on Spotify and Bandcamp. Physical copies of ¡CARAJO! can be purchased on the OK!Good Records web-store.