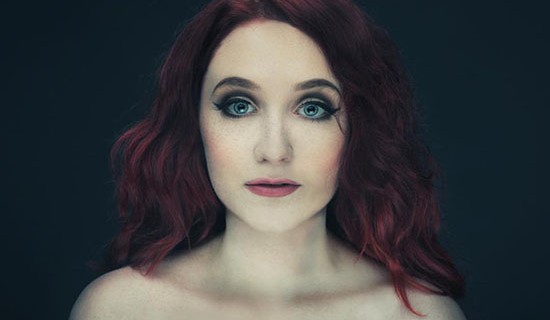 Singer-songwriter Janet Devlin recently spoke with international Blogger Magazine – Bellosso. Janet spoke with the international magazine about her debut album Running With Scissors, her plans for the future, how it feels to be living her dream,and much more! You can read some of the interview below, but be sure to head over to Bellosso.com to read the full interview.

Your album Running With Scissors was released in 2014, and it went straight to number one in the British Indie Charts. What can we except from you next?

Well hopefully the next album will make it into the top 40 chart! You never know, fingers crossed.

What are your tour plans for the future? What countries and cities do you plan on next? Will we see you in Tokyo or New York?

I have no tours penned in at the moment sadly. All of my focus has been placed upon writing songs for album #2. When it’s done and recorded, you never know where I’ll be off to next!

How does it feel to live your dream?

It is the most surreal thing ever. I have to remind myself sometimes of how truly blessed I am to be able to do this for a living. I get to wake up everyday knowing that being a singer songwriter is my “job” and to be honest that’s never something I ever thought I would achieve.

To read more of this exclusive interview, visit: bellosso.com