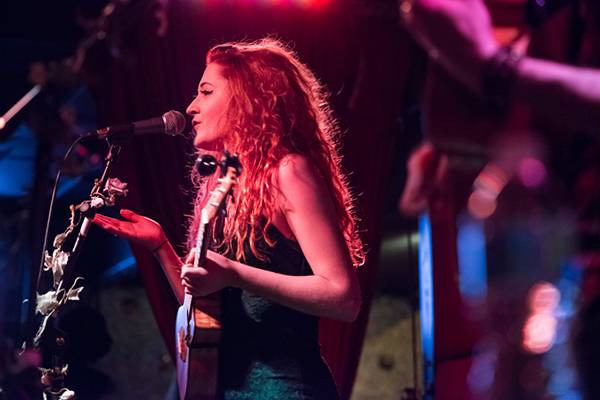 In support of the North American release of Janet Devlin‘s debut album ‘Running With Scissors,’ the Irish singer-songwriter performed live for the first time in America at a special acoustic showcase on Monday, February 16th at The Red Lion in New York City. Unlike many showcases, Janet’s showcase was open to the public, and her American fans packed the venue to see Janet and guitarist Roo Walker perform and intimate set of songs off Janet’s debut, along with a few surprise covers.

The entire NYC Showcase was recorded by Rive Video and is now available on the OK!Good Records YouTube Channel. Be sure to Subscribe to our Channel to see the footage first.

Watch the full showcase below:

You can purchase Janet’s debut album Running With Scissors now on our webstore, iTunes, Amazon, Google Play and at music retailers nationwide. The album is also available for streaming onSpotify and Bandcamp. Check out our exclusive Janet Devlin merchandise in our webstore.