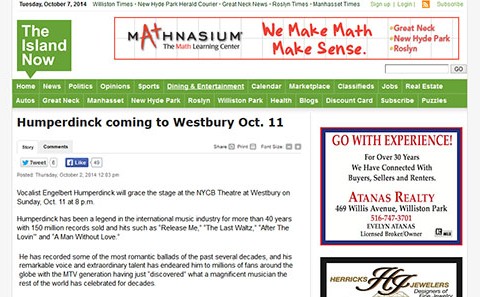 NYCB Theatre at Westbury will be Engelbert Humperdinck’s second stop on his North American tour.