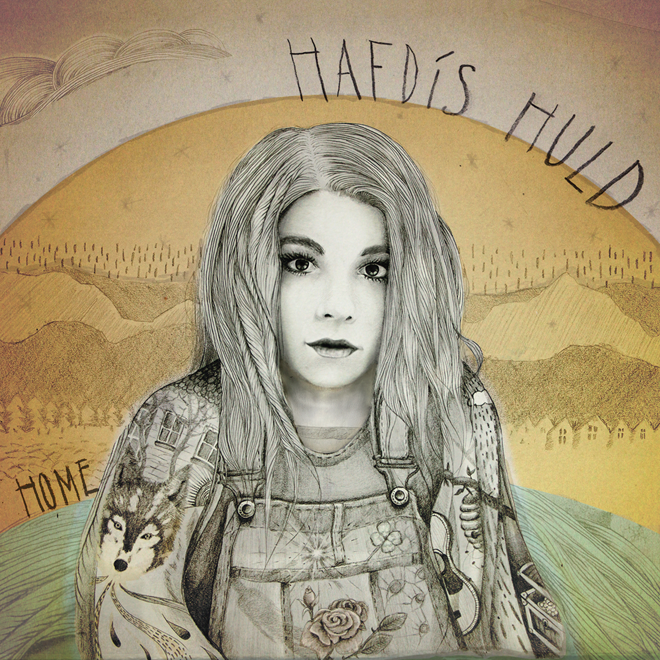 Hafdis Huld is an Icelandic singer with a growing international reputation thanks to her breathtaking voice and unique songs full of vivid imagery and catchy hooks. Born in Reykjavik, Iceland, Hafdis has been heavily involved with music since the age of 15. After starting her career with two world tours as a member of iconic Icelandic eletro-collective Gus Gus, Hafdis has since been collaborating with numerous musicians, and has released several solo albums of her own quirky take on pop and folk music.

Hafdis Huld returns this spring with her first original album in four years and her third solo album of original songs, “Home.” Appropriately titled, the entrancing new album was written and recorded entirely in her picturesque wooden house located in the Icelandic mountains near Reykjavik. “Home” features beautifully stripped down production with a simplicity and directness that helps to showcase Hafdis’s pure and assured vocals to perfection. Written with an array of highly respected international songwriters, “Home” is a superlative collection of Hafdis’s trademark songwriting skills that her worldwide fans have come to expect with deceptively simple songs with a hidden darker undertone. Available on OK!Good Records and Reveal Records (UK/Europe).

Order the CD from our online shop.
Order on iTunes.