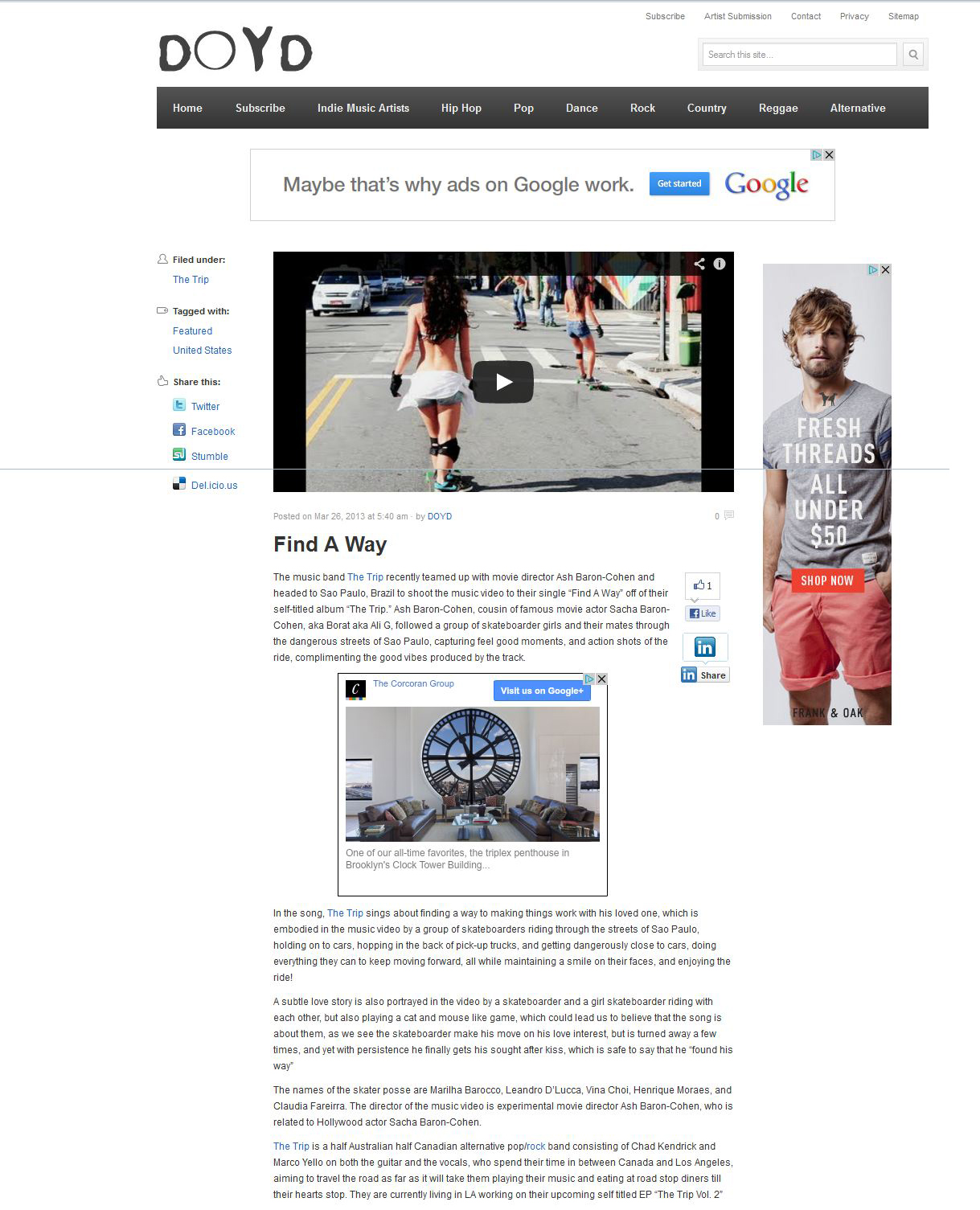 Music blog, Doyd featured the The Trip’s flashy new video clip for “Find A Way.” Doyd even put up a pretty indepth review of the song and video as well, which you can read below.

“The music band The Trip recently teamed up with movie director Ash Baron-Cohen and headed to Sao Paulo, Brazil to shoot the music video to their single “Find A Way” off of their self-titled album “The Trip.” Ash Baron-Cohen, cousin of famous movie actor Sacha Baron-Cohen, aka Borat aka Ali G, followed a group of skateboarder girls and their mates through the dangerous streets of Sao Paulo, capturing feel good moments, and action shots of the ride, complimenting the good vibes produced by the track.

In the song, The Trip sings about finding a way to making things work with his loved one, which is embodied in the music video by a group of skateboarders riding through the streets of Sao Paulo, holding on to cars, hopping in the back of pick-up trucks, and getting dangerously close to cars, doing everything they can to keep moving forward, all while maintaining a smile on their faces, and enjoying the ride!

A subtle love story is also portrayed in the video by a skateboarder and a girl skateboarder riding with each other, but also playing a cat and mouse like game, which could lead us to believe that the song is about them, as we see the skateboarder make his move on his love interest, but is turned away a few times, and yet with persistence he finally gets his sought after kiss, which is safe to say that he “found his way”

The names of the skater posse are Marilha Barocco, Leandro D’Lucca, Vina Choi, Henrique Moraes, and Claudia Fareirra. The director of the music video is experimental movie director Ash Baron-Cohen, who is related to Hollywood actor Sacha Baron-Cohen.

The Trip is a half Australian half Canadian alternative pop/rock band consisting of Chad Kendrick and Marco Yello on both the guitar and the vocals, who spend their time in between Canada and Los Angeles, aiming to travel the road as far as it will take them playing their music and eating at road stop diners till their hearts stop. They are currently living in LA working on their upcoming self titled EP “The Trip Vol. 2””

Find the original article here. You can watch the clip for “Find A Way” below. 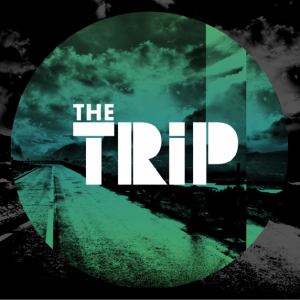