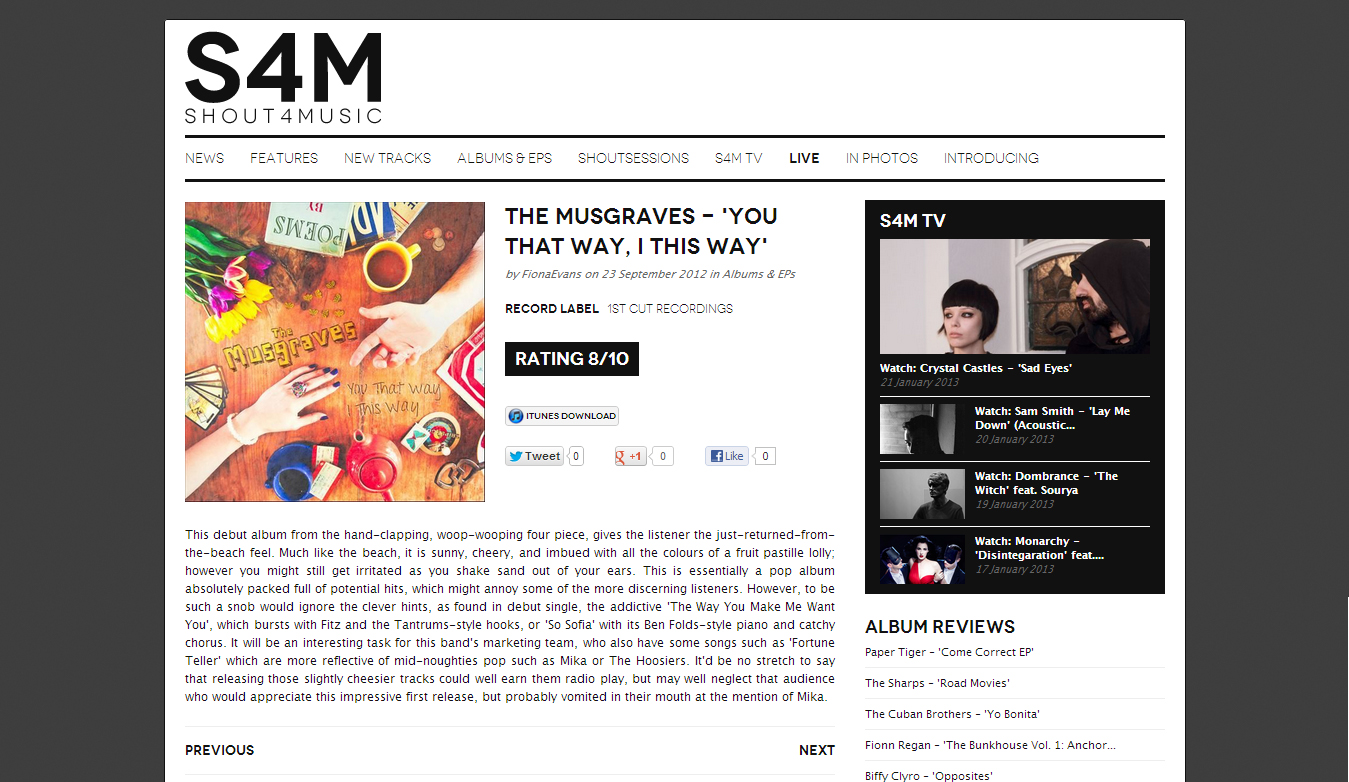 Shout 4 Music Review The Musgraves’ “You That Way, I This Way”

Music website, Shout 4 Music, did a nice review of The Musgraves’ debut album, You That Way, I This Way. Shout 4 Music gave the album a solid 8/10, and a nice write up which you can check out below.

“This debut album from the hand-clapping, woop-wooping four piece, gives the listener the just-returned-from-the-beach feel. Much like the beach, it is sunny, cheery, and imbued with all the colours of a fruit pastille lolly; however you might still get irritated as you shake sand out of your ears. This is essentially a pop album absolutely packed full of potential hits, which might annoy some of the more discerning listeners. However, to be such a snob would ignore the clever hints, as found in debut single, the addictive ‘The Way You Make Me Want You’, which bursts with Fitz and the Tantrums-style hooks, or ‘So Sofia’ with its Ben Folds-style piano and catchy chorus. It will be an interesting task for this band’s marketing team, who also have some songs such as ‘Fortune Teller’ which are more reflective of mid-noughties pop such as Mika or The Hoosiers. It’d be no stretch to say that releasing those slightly cheesier tracks could well earn them radio play, but may well neglect that audience who would appreciate this impressive first release, but probably vomited in their mouth at the mention of Mika.”

You can check out the review from the original posting here.

Keep checking back for updates on The Musgraves and album release dates!