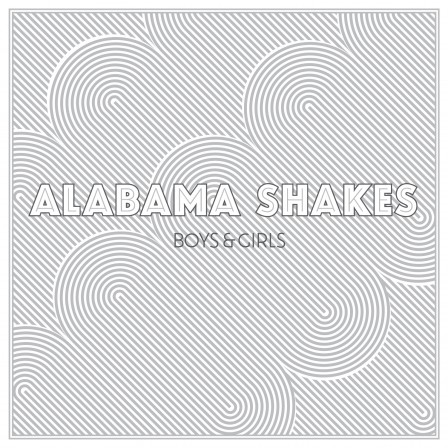 We got the chance to see the Alabama Shakes perform at SXSW 2012 and were quite impressed. So we’ve been kind of excited for this record to hit since then. Well, this week it was finally released and the little band from Alabama that formed in 2009 is now taking on the country with a new album and tour.

The debut album Boys & Girls is a strong first effort for the Alabama Shakes. It’s filled with simple, catchy songs with strong back-beats and bluesy guitar licks. The production of the record harks back to the early days of rock and roll. The sounds are nostalgic while the songwriting absorbs more modern elements. Front-woman Brittany Howard’s voice fits the style perfectly as she injects a genuine, soulful passion that most obviously took roots from great singers like Aretha Franklin and Janis Joplin.

Alabama Shakes’ debut album Boys & Girls is now available everywhere! Recorded at The Bomb Shelter in Nashville, TN and produced and mixed by the band members, the album is a vibrant fusion of swampy, dirty Southern rock, blues and soul delivered with punk rock fervor. From the heartrending title song to such stomps as “Rise to the Sun,” the album demonstrates the sense of groove and space the band learned from their idols, along with a blistering force and emotion that simply can’t be learned.

Get the album, Boys & Girls, on iTunes:

The Alabama Shakes most recently played the album’s leading single, Hold On, on The Late Show with David Letterman. Check that out here: