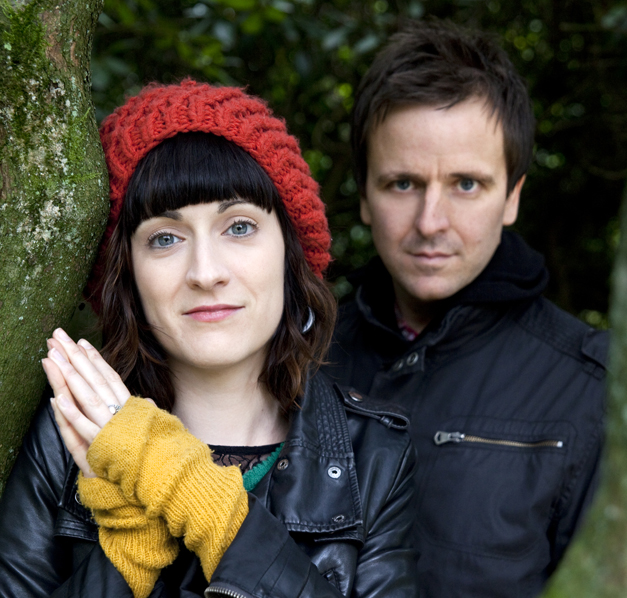 Spotlight On Paper Aeroplanes In The Bergen Record

Here’s what they had to say:

Indie pop duo Paper Aeroplanes have already made headway in their native Wales, with BBC Radio praising their debut album, “The Day We Ran Into the Sea,” as “the finest radio album to come out of Wales since Duffy’s ‘Rockferry.’ ” But as far as Americans are concerned, Sarah Howells and Richard Llewellyn are virtually unknown. Not for long, they hope.

“It’ll be really interesting to see how our music goes over with the American public,” says Howells, who joins Llewellyn for three area shows this week. “A lot of people have always said that our style and my voice is really suitable and would go well over the pond.”

Influenced by music from Kylie Minogue and Fleetwood Mac to The Cranberries and Sarah MacLachlan, Howells, who sings lead vocals, laces her emotive voice with a tinge of rock-femme and Celtic flair. What results is a twist on the classic female singer-songwriter sound, with Llewellyn contributing to harmonies.

“I don’t think we’re too American-sounding. But we’ll make people aware of our songs, hopefully, and we’ll try to stand out,” she says.

BAND BEGINNINGS: Howells and Llewellyn met when Howells was in a rock band called Jyltin the early 2000’s. Llewellyn, an experienced multi-instrumentalist who has toured the U.S. and Europe, would occasionally sit in on bass. Before long, the two began sharing songs they had written and began an acoustic duo called Halflight. After releasing multiple EPs, the group decided on a fresh start to release their full-length album, changing their name and developing a new sound.

ON THE NAME: “We had a song called ‘Paper Aeroplanes’ that we didn’t end up using on the album. It was about … letting go of a bad relationship, writing what you want and sending it off into the air, kind of like a paper aeroplane,” says Howells. “It sort of fit with everything we’re about.”

ON THEIR LIVE SHOW: Both Llewellyn and Howells play acoustic guitar, with Llewellyn picking up mandolin at times. Their shows are known for being intimate and stripped-down, and Howells hopes their short stint in the area will win over new fans.

“It’s scary to be able to play these shows in such a big country and in such a big city … but it’s nice to try and make your mark and maybe surprise people who don’t know what to expect,” she says.

ON BEING INDEPENDENT: Thanks to touring and television placements at home and abroad, Paper Aeroplanes has been able to keep its career going, working diligently in the studio with a number of producers to make its debut. “We always use [the money we receive] to go back to the music, so we always fund it the best way we can,” says Howells.

ON THEIR SOUND: Despite Howells’ rock background, she says she is now drawn to songs with strong melodies. “We like stuff with a tune,” she says. “Rather than anything too abstract.”

WHERE TO BUY IT: “The Day We Ran Into the Sea” is available for purchase on the band’s MySpace website (myspace.com/paperaeroplanes) and can be downloaded from iTunes and Amazon

You can purchase The Day We Ran Into The Sea here: http://okgoodrecords.com/blog/2010/11/03/paper-aeroplanes-the-day-we-ran-into-the-sea/