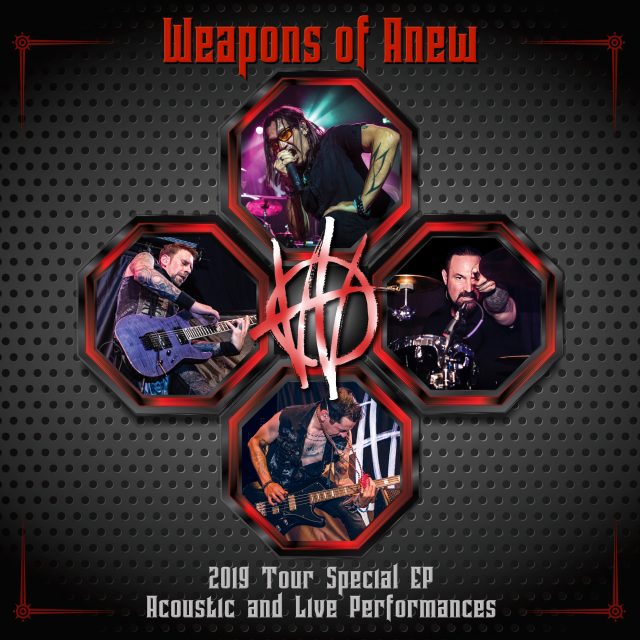 Weapons of Anew Release a special Tour EP for the Holidays!

New Jersey-based metal band Weapons of Anew are releasing a special tour EP in time for the holiday season on Decmeber 13th via OK!Good Records. Recorded live on July 30th, 2019 from the Palace Theatre in Greensburg, PA during their tour with Scott Stapp, the five-track release features songs from their debut album, “A Collision of Love and Hate” including their unforgettable single, “Killshot”, “This Moment”, “Speed”, and “Sundown”, as well as an acoustic rendition of “This Moment”.

Mixed by famed rock producer and recording engineer Mike Ferretti (Sevendust, Breaking Benjamin, Warren Haynes), Weapons of Anew’s “2019 Tour EP” is “a special ‘thank you’ to those who have attended [their] shows and supported [them] from the very beginning” according to guitarist, Freddy Ordine. “[It is] the perfect preview of what to expect from Weapons of Anew in concert”. 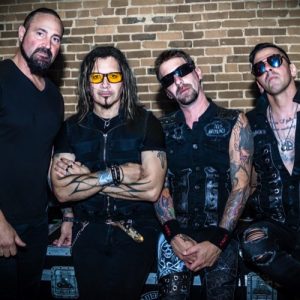 Never a band to turn down a live show, Weapons of Anew will be opening for Metal Allegiance on January 16th, at the House of Blues in Annaheim, CA. “We are really looking forward to sharing the stage again with Metal Allegiance,” adds West. “We have played with them before and had a blast…and we picked up many new fans in the process!”

You can purchase tickets for Weapons of Anew at the House of Blues here.

The band has already honed their live show, opening for the likes of Alter Bridge, Tesla, and Metal Allegiance, and will be performing standouts from their latest album, ‘The Collision of Love and Hate,’ including the single, “Killshot,” for which a hard-hitting video was filmed for.

In addition to their Live EP, Weapons of Anew are working towards a sophomore album again with producer Mike Ferretti, which will pack a powerful punch, and emulate the energy of their memorable live shows.

“[Weapons of Anew] had no shortage of energy with their stage performance…[and] left the crowd wanting more.” – Shockwave Magazine

“[Weapons of Anew] kept the audience mesmerized and could have easily played a longer set. They are definitely a band to watch out for.”  – Music Life Magazine