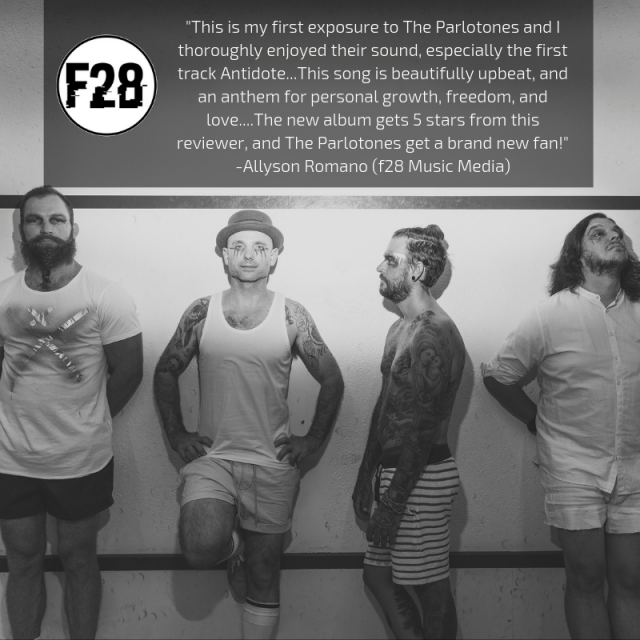 In anticipation of its June 28th release, The Parlotones’ new album China was reviewed by Allyson Romano of F28 Music Media. Read the full review HERE.

“This is my first exposure to The Parlotones and I thoroughly enjoyed their sound, especially the first track Antidote. This song has such a cool 80’s vibe to it. The monotone vocals this song provided were a cool match with the electronic pop instrumentals. This song is beautifully upbeat, and an anthem for personal growth, freedom, and love with lyrics like “You’re the ocean, I’m the sea. You’re the voice which calls to me. Cut me down, set me afloat, upon your tides my antidote.” – Romano

Romano also gave high praise to the lead single off China, “Can You Feel It?” released last month.

“[Can You Feel It?] blends rock and the electronic pop tunes amazingly; the guitar instrumentals reign supreme above the electronic elements in this song. The lyrics and vocals are incredibly powerful, sexy, and expertly delivered; I could listen to the singer’s voice and accent all day long.” – Romano

Released alongside an accompanying video, “Can You Feel It?” is a mammoth, yet fervent, alt rock jam that touches on the monumental “purpose of life” questions. Its accompanying video takes the viewer on a mind-bending, anxiety inducing, hallucinatory journey through one person’s perspective throughout the city.

Watch The Parlotones video for “Can You Feel It?” below:

“The Parlotones are a truly talented group of men who bring beautiful messages and songs to their big following. It’s easy to see how they have been so successful, and why they’ve won so many awards.

The new album gets 5 stars from this reviewer, and The Parlotones get a brand new fan!” – Romano 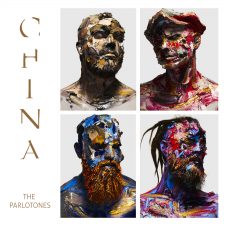