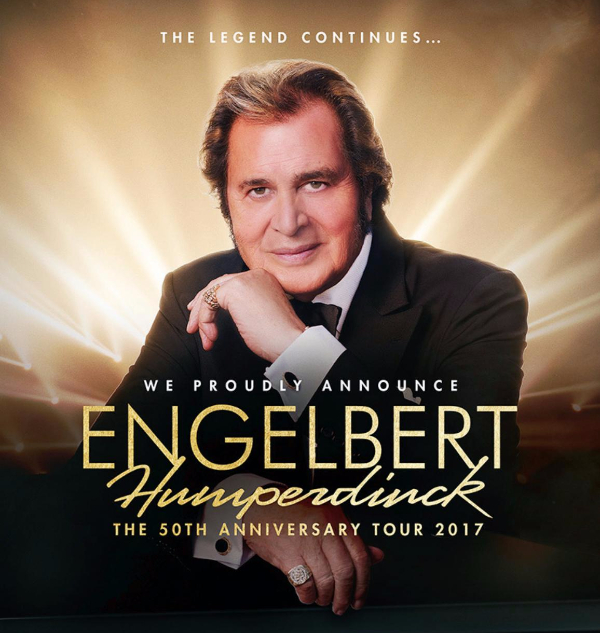 International music legend Engelbert Humperdinck will be heading back on tour in April. The King of Romance will make his first stop in Verona, New York at the Turning Stone. For the month of April, Humperdinck will be located on the East Coast with performances spanning from Staten Island, New Brunswick, Englewood, and more. Find a tour date near you at engelbert.com/tour

In a career spanning almost 50 years, Engelbert Humperdinck has earned 64 gold and 35 platinum albums, four Grammy nominations, a Golden Globe, and stars on the Hollywood and Las Vegas Walks of Fame.  He has recorded everything from the most romantic ballads to movie theme songs, disco, rock, and even gospel.  Some of the evergreen hits that belong to Engelbert include “After The Lovin’,” “The Last Waltz,” “Spanish Eyes,” “Quando, Quando, Quando,” and the unforgettable “(Please) Release Me,” which spent 56 consecutive weeks on the charts.

To find a tour date near you, visit: engelbert.com/tour