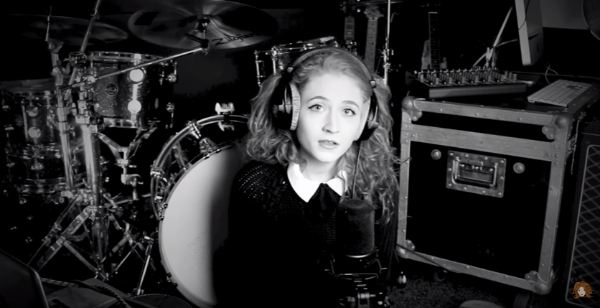 Singer-Songwriter Janet Devlin Covers Robyn’s “Dancing On My Own”

Have you seen Irish singer-songwriter Janet Devlin‘s brand new cover video? If you missed it, Janet posted a brand new cover video of Robyn‘s “Dancing On My Own.” Fans of Janet have been requesting that she cover this song for awhile now, and we bet they are thrilled she finally covered it! We absolutely love Janet’s version of this song! Watch the cover video below, and let us know what you think! If you like the video below, be sure to subscribe to Janet’s YouTube Chanel to see more performance videos, vlogs, and more!

Janet Devlin and Jason Nevins’ “Outernet Song (Remix)” is available for pre-order on iTunes, Amazon, and Google Play. It is also available to stream on SoundCloud and Apple Music. The official release date is Friday, January 20, 2017.