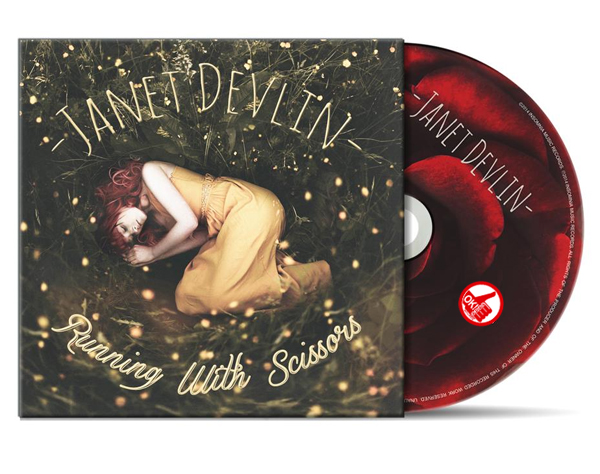 Music blog, Cryptic Rock has reviewed singer-songwriter Janet Devlin’s debut album Running With Scissors and gave it a full 5 out of 5 rating. Running With Scissors was released this past February on OK!Good Records in North America. This folk/pop album captures Janet’s unique voice which makes for an “exceptional sound that is not comparable to any other musician” according to Cryptic Rock. You can read segments of Cryptic Rock’s review below, but to read the full review be sure to visit CrypticRock.com.

Janet Devlin is unlike any other. She has a unique voice, and mixed with the Folk guitar as well as piano, makes for an exceptional sound that is not comparable to any other musician. It makes for an interesting listen, and an enjoyable one at that, for an artist that should soon dominate North America. So kick back, relax, and enjoy some simply well-composed tunes with Running With Scissors.

The album has a hinting of being inspired by Alice in Wonderland, with its song titles, or the lyricism, but it is clear that it was an inspiration. “Creatures of the Night,” the second single, kicks off the album sounding like The Lumineers meets Ellie Goulding. Folk guitar riffs, and a usually unattainable beautiful high-pitched vocal range make the song a foot-stomping, dress-spinning tour de force that will have the child in anyone dancing.

You can purchase Janet’s debut album Running With Scissors on our webstore, iTunes, Amazon, Google Play and at music retailers nationwide. The album is also available for streaming on Spotify and Bandcamp. Check out our exclusive Janet Devlin merchandise in our webstore.