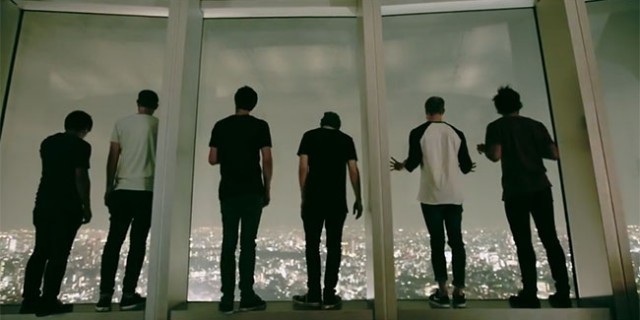 Fairchild are an indie pop-rock band originally hailing from the Gold Coast, Australia but now have moved to the UK. The band is made up of vocalist Adam Lyons, Nathan Lyons on keys, guitarists Patrick Huerto and Tim Voeten, bassist Tommy Davies, and drummer James Alexander. Their blend of intimate, yet epic indie rock, is a theme that tightly winds through their ‘Sadako’ EP, and has drawn comparisons to the likes of The Temper Trap, Cayucas and Two Door Cinema Club.

You can purchase Fairchild’s ‘Sadako’ EP on iTunes and Amazon.
‘Sadako’ EP is available for streaming on Spotify and Bandcamp.
Exclusive Fairchild t-shirts are available in the OK!Good shop.