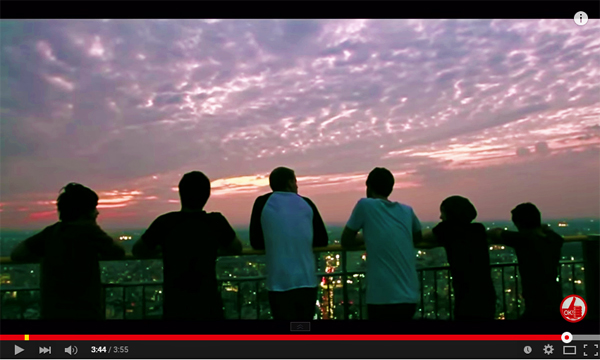 Following up the music video for “Arcadia,” comes FAIRCHILD‘s video for “Stay Young (Midnight Mix).” The track is an OK!Good Records exclusive from the North American release of their Sadako EP.

Filmed by the band and their crew, the video chronicles their tour in Japan, a country that has always been a special place to the band, by giving them their first overseas tour. The EP’s simple, almost abstract title harks back to their respect for the country, drawing from American author Eleanor Coerr’s, Sadako and the Thousand Paper Cranes, which tells the story of a Japanese girl who was two years old when the devastating Hiroshima atomic bomb was dropped.

Originally from the Australia’s Gold Coast, FAIRCHILD are now based in Manchester, UK where they have been breaking into the music scene, with upcoming gigs in support of Indie Week.

FAIRCHILD’s sophomore EP, Sadako is available now in the OK!Good web-store, iTunes and Amazon. The EP is available for streaming on Spotify and Bandcamp.