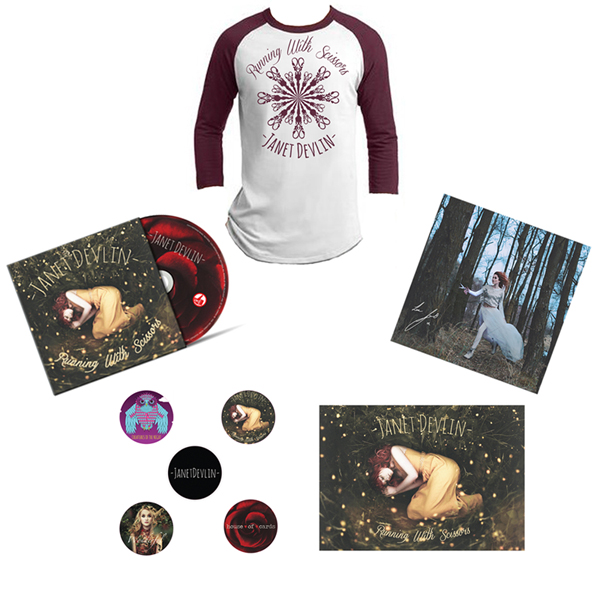 Today, January 29th at 12PM EST OK!Good Records will be launching pre-orders for the North American release of Janet Devlin’s Running With Scissors. We have some new and exclusive Janet Devlin merchandise paired with the CD in our Deluxe Pack including our Exclusive Baseball T-Shirt, an Exclusive Art Card signed by Janet, and a new Discography Sticker Pack previously only available as buttons.

Please note that all pre-orders will be shipped to arrive around the scheduled album release date of February 10th, 2015.

The First 50 Deluxe Pack Pre-Orders will also include a unique Polaroid Photo taken and signed by Janet Devlin!

In addition to the Deluxe Pack fans will also be able to order a Running With Scissors CD & Baseball T-Shirt Combo Pack. The CD, Baseball T-Shirt and Discography Sticker Pack are also available individually.