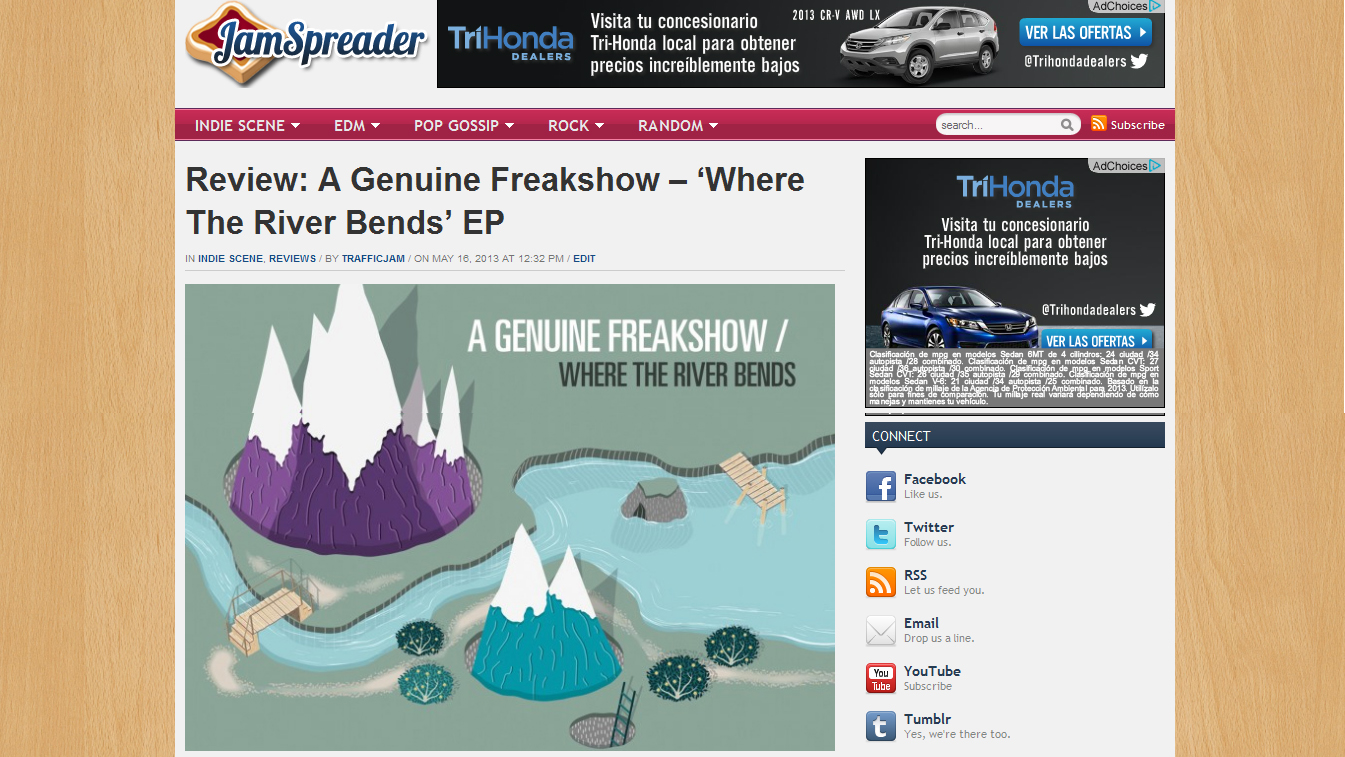 Jamspreader Reviews A Genuine Freakshow’s “Where The River Bends” EP

Music blog, Jamspreader posted a great review on A Genuine Freakshow’s latest EP, Where The River Bends. Jamspreader remarks the band as “figuring out the ultimate formula to mixing orchestral instruments with a standard rock lineup to create dreamy indie that expertly demonstrates “less” not always being “more.”” The reviewer also describes tracks from the EP as “heavenly,” “Lush,” and “magnificent.” We are glad they liked it! Check out the full review below, and find the original article here.

A Genuine Freakshow is a seven piece band from the UK who have figured out the ultimate formula to mixing orchestral instruments with a standard rock lineup to create dreamy indie that expertly demonstrates “less” not always being “more.” The result is “an artful blend of pop sensibility, icy soundscapes, and blistering walls of noise,” which is brilliantly showcased in the group’s Where The River Bends EP, recently released in the US by OK! Good Records.

The first track, “Low,” is also my current favorite, so excuse the gush. It begins with an ambient volume swell that hooked me immediately. The instruments are introduced in a slow and steady buildup that make the listener feel like s/he is floating, a feeling only to be enhanced by heavenly falsetto vocals. The song continues in a natural crescendo to a strong outro with blended group vocals and instrumentation that warmly surrounds the listener and fills the room.

The drumming in “Claw and Grasp” introduces a more up-tempo rhythm, joined by gorgeous guitar and clear bass tones. The strings add a unique, driving force to the track, leading to a massive bridge as the musicians work together to create a glorious wall of sound.

“Albert Trophy” begins delicately, with a lush, older feel to the music. Anyone who finds him or herself becoming too comfortable with the verses is immediately awoken by exciting, crashing chords, reminding listeners that A Genuine Freakshow is anything but predictable. The song ends with a delicate layer of horns placed atop pleasantly plucked strings.

The title track, “Where The River Bends,” shyly unravels its beauty to reveal every aspect as it blooms along with the song. The track finds its confidence and ends the EP with a hopeful, major outro that perfectly (and wordlessly) explains why it was chosen as the finisher.

These four songs were “originally planned as part of a new album, but became “a complete story of their own,” which resulted in the release of this magnificent EP. An excellent decision, to say the least. 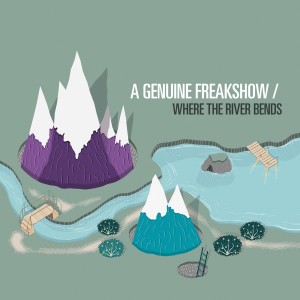