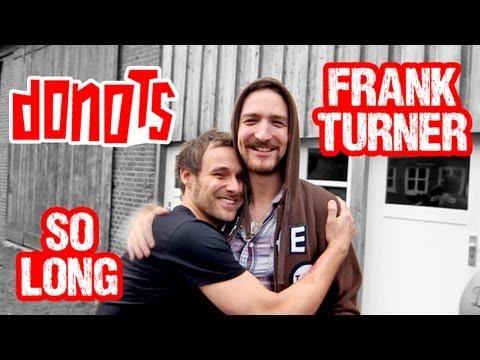 English folk-punk rocker Frank Turner unveiled plans for his next album via his blog yesterday. Turner says he is currently in Burbank, California working on his upcoming album with legendary alt-rock producer Rich Costey (The Shins, My Chemical Romance, Foo Fighters, and many more).

Turner hopes the album will come out in March 2013. Besides recording new material this year, he also has extensive Fall tour dates throughout America and Europe. Check out those dates here, which include September stops in Boston, Philadelphia, New York, and Chicago.

Frank Turner collaborated with OK!Good artist Donots on their latest release, Wake the Dogs. Watch Donots perform one of those killer tracks, “So Long,” below. To stream the studio recordings featuring Frank Turner, visit the Wake the Dogs album page, and listen to “So Long” and “Going Through the Motions.”