Much has been written and said about Engelbert Humperdinck, the “King of Romance”. With his most recent albums The Man I Want to Be (2017) and Warmest Christmas Wishes (2018), Engelbert has shown another side of his talent by picking more introspective songs that connect with his life’s experience and put in meaningful words things he feels about himself and those he loves most – his wife, his family and his fans.

A perfect example is the latest song “You,” written for him by renowned British songwriters Jon Allen and Jake Fields.  As interpreted by Engelbert, the hauntingly beautiful “You” transforms into a loving ‘thank you’ note to his wife and a deeply felt tribute to his ever loyal fans. Released on May 10th, 2019 in advance of Mother’s Day, Engelbert surprised his fans with a tribute to moms around the world.

Throughout his illustrious career spanning over 50 years in music, Engelbert has never done a proper music video, until now. Premiered via international magazine, PopMatters the singer presents his first official music video with “You”. The video serves as a romantic gift to his wife, Patricia Healey, released on her birthday, September 10th.

Discussing “You” with PopMatters Humperdinck states,

“‘You’ has become a fan favorite and is now a powerful signature song for me, much like ‘My Way’ was for Frank Sinatra or ‘Yesterday When I Was Young’ for Charles Aznavour. It was very exciting for me to do my first proper music video for a single release, even more so for a song that’s so special to me. It’s a rare event for me but making this one has sparked the desire to do more. The location (the Houdini Estate) was spectacular and stirred up just the right magic to set this beautiful song to screen. I’m happy this performance won’t disappear. I hope the fans will enjoy it as much as I did filming it.” 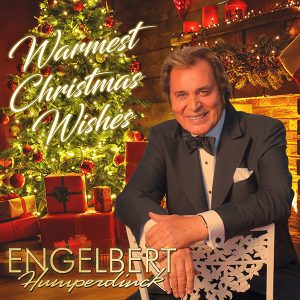 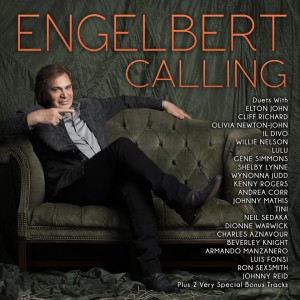 Engelbert Humperdinck - I’m Glad I Danced With You (Candlelight Mix)
The Parlotones - Can You Feel It?