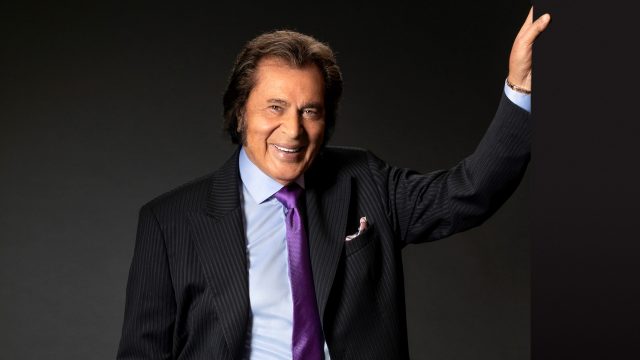 Legendary singer, Engelbert Humperdinck, has kicked off his year touring extensively across North America, performing well known classics as well as new fan favorites including songs from his recent EP, Reflections. His 2020 tour will take him to Europe this May, including shows in Finland, Germany, and the UK—including a performance at the London Palladium on May 4th.

“It’s the only place that really started my life. Therefore going back to it is always a thrill. It’s a thrill going back to the place where I spent four months of sold-out performances doing a pantomine there. It broke all box office records. It was sensational. In 1967, my songs were in the first, second and third positions in the charts.”

Coxon asks Engelbert about choosing his material for his releases to which Engelbert admits,

“Trying to find a good song is like trying to find a needle in a haystack. Therefore, you do need help and I do [have help choosing material]. I do have a big say in what I record.”

Listen to “Don’t Let the Old Man In” here:

Engelbert goes on to speak about his rendition of “Don’t Let the Old Man In”, originally written and recorded by Toby Keith for Clint Eastwood’s film, “The Mule”, saying “I live by those sentiments!…I don’t want to let the old man in!”.

Coxon concludes his interview by praising Engelbert’s continued success throughout the years, to which Engelbert replies,

“I’m a romantic singer and I think that romance will never go out of vogue because that’s what life thrives on. You live by romance. It takes a good lyric and a good melody to keep that feeling of love going. A lot of people have said that they’ve been married by my music, fallen it love during it. It’s a great compliment to know that my music has been part of their happiness.”

Engelbert Humperdinck’s new EP, Reflections, was released digitally on Nov. 15th via OK!Good Records, and reveals a more introspective Engelbert who sees the songs featured on the EP as a tool of creative rejuvenation that allow him to re-invent himself as an artist.