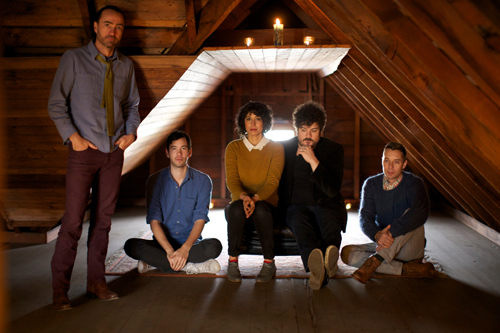 Watch The Shins’ Video For The Rifle’s Spiral

Indie rock superstars The Shins premiered their video for “The Rifle’s Spiral” yesterday, the second video for a track off the band’s most recent release, Port of Morrow, after “Simple Song.”

Directed by Emmy award-winning director Jamie Caliri, who had artistic freedom when making this video, “The Rifle’s Spiral” is a mesmerizing stop-motion animation that follows the tale of a magician, an enormous rabbit, and three sinister men out to ruin the magician’s show. Check it out below:

The Shins: The Rifle’s Spiral on Nowness.com.

Port of Morrow is the Portland-based band’s first album in over 5 years and is available now on iTunes: